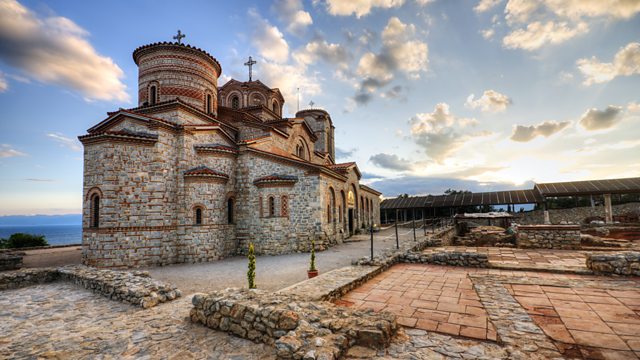 Colin Teevan's play loosely based on his own ill-fated trip to Macedonia to direct a theatre production. The clash between art and politics leaves its mark on everyone.

Colin Teevan's play is loosely based on his own ill-fated trip to Macedonia to direct a major theatre production. Jason has high hopes for his international version of 'Alcmaeon in Corinth'. He embarks on the project with little idea of the forces about to be unleashed against him.

*******************************
Colin Teevan's new play is a timely tale of Western hubris and Eastern European manipulation of the system. Inspired by Colin's own ill-fated trip to work with the National Theatre of Macedonia in 2008, 'Massistonia' follows an English director and his creative team as they try to mount an international touring production of 'Alcmaeon in Corinth'.

Colin Teevan is a prolific writer for theatre and radio. Former writer-in-residence at Queens University, Belfast, he has also been ScreenEast Writing Fellow at University of East Anglia and Literary Fellow to the Universities of Durham and Newcastle. His work is regularly performed all over the world, including in this country at the National Theatre, the Young Vic and West Yorkshire Playhouse. Colin has been a regular contributor to the Verb on BBC Radio 3. One of his plays for 'Drama on 3', the acclaimed 'How Many Miles to Basra', was subsequently re-worked for the stage, winning a Clarion Award in 2007.