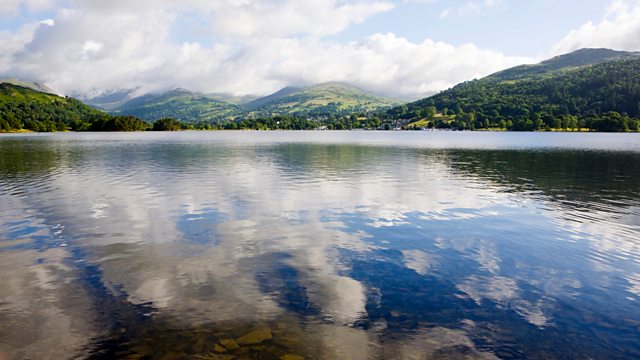 Lionel Kelleway travels to Lake Windermere in the Lake District to encounter one of Britain's rarest fish, the Arctic charr, a remnant of the last Ice Age.

On a cold but perfect winters day Lionel Kelleway travels to Lake Windermere in the Lake District where he meets Ian Winfield from the Centre for Ecology and Hydrology, who is the current maintainer of a long term research project into one of our rarest fish, the Arctic charr. This research project began in the early 1930's when charr numbers were much higher, and has been maintained every year since. In doing so this study provides a unique and extremely valuable continuum of data into this pioneering fish of the Ice Age. And with the advent of global warming studies, this long term study of both fish numbers and water quality is providing valuable evidence of lake waters warming.

Here in the Lake District the Arctic charr is at the southern end of its range, being a species more likely to be found, as its name suggests, in the cold Arctic seas further north. It arrived here at the end of the last Ice Age as a pioneer species colonising lakes and rivers as the ice retreated. Although once abundant, today numbers are greatly reduced as witnessed by Lionel as he ventures onto the lake in a research vessel where only one Arctic charr is found on this trip. So what of the future, is the Arctic charr destined to become extinct in Britain? Or will the continuity of research on England's largest lake, will help scientists preserve this species for the future.