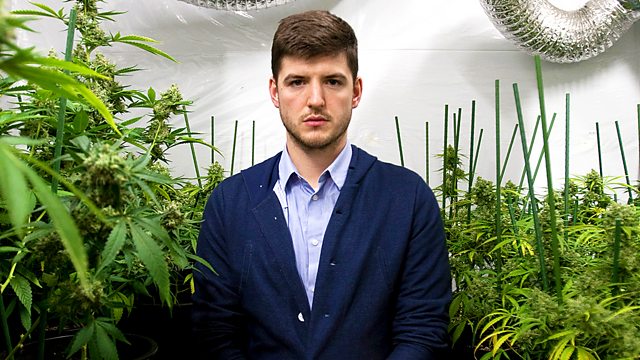 Cannabis: What's the Harm?
Episode 1 of 2

Ex-EastEnders star James Alexandrou explores the truth about Britain's favourite illegal drug, from cannabis sold on the street to the hidden world of organised crime.

Ex-EastEnders star James Alexandrou was caught smoking cannabis by the tabloids when he left the soap. Now he wants to find out the truth about the most popular illegal drug in Britain, see the lengths people will go to get it and discover exactly where it comes from.

In the first of two programmes, James looks at the effects of the drug on the streets of Britain, meeting a 17-year-old who smokes weed with his parents and a mum-of-three who uses cannabis to keep her emotions in check. He meets people who are growing cannabis illegally for themselves and goes out on patrol with a police drug squad as they clamp down on large-scale cannabis growers. He also travels to California, the first state in America to license cannabis for medicinal use.

Part of the Dangerous Pleasures season on BBC3.

See all episodes from Cannabis: What's the Harm?