Schedule
BBC Radio 4
A Coat, a Hat and a Gun
Main content 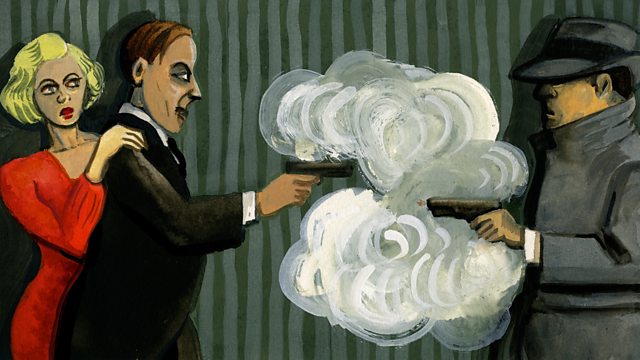 Harriett Gilbert presents a reappraisal of the life and legacy of Raymond Chandler, the man from Upper Norwood who invented the American hard-boiled PI as we know him.

To tie-in with Radio 4's new versions of the Raymond Chandler classic thrillers Harriett Gilbert presents a reappraisal of the life and legacy of the man from Upper Norwood who invented the PI as we know him.

Philip Marlowe has become in many people's minds the archetypal American detective anti-hero, yet his creator was educated at English public school, took the Civil Service exam and started a career in the Admiralty.

This re-examination of the greatest crime writer of all time assesses him as an uneasy Englishman abroad and analyses his love-hate relationship with Hollywood, as well as his writing.

Interviewees include the best-selling writer Sarah Dunant who was inspired to write crime after reading Chandler as a teenager; Professor John Sutherland; David Thomson (the leading film critic who also went to school at Dulwich); David Fine, author of a book about mythic LA.

Harriett Gilbert is the presenter of The World Book Club on the World Service is a writer, a huge Chandler fan and her father - a crime writer himself - was Chandler's solicitor.