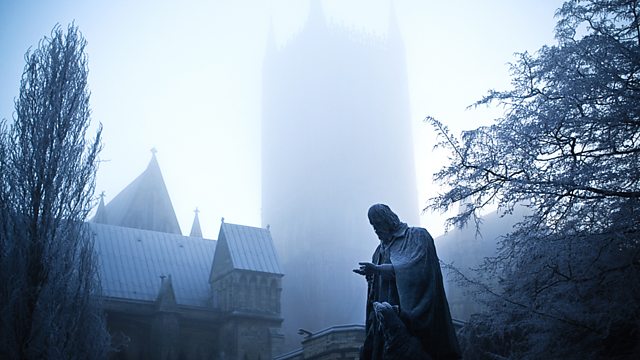 An adaptation of Tennyson's long sequence of poems of grief and hope written after the death of his close friend Arthur Hallam. Performed by David Bamber. Music by Jon Nicholls.

An adaptation of Tennyson's long sequence of poems of grief and hope written after the death of his close friend Arthur Hallam. Performed by David Bamber. Music by Jon Nicholls.

Hallam was born 200 years ago and died in 1833 in Vienna. He and Tennyson had met at university and had become friends; Hallam became engaged to marry Tennyson's sister. His sudden and unexpected death prompted some of the most personal poetry Tennyson ever wrote and some of the most moving and powerful poetry of loss and grief in the language. Tennyson returned over several years to write more and more poems in an accumulating sequence about the friendship of the men, the agony of the news of Hallam's death, the journey of his body back to his family home in Clevedon, the life denied Hallam. Alongside these intensely personal and exposing poems he wrote others of philosophical and religious investigation. Tennyson wanted to know why Hallam had died - what emotional purpose could be served by death, what faith had to say about loss. He was simultaneously grappling with the beginnings of revolutionary ideas and findings about geology, the age of the earth, the development of species, Darwinism, even, before Darwin was known.

Never before or since in English poetry has one death brought forth such a charged outpouring of thought and imagination, passionate grief and stoical scrutiny.

The sequence includes several poems that have given phrases to the common language - In Memoriam is where we hear 'nature, red in tooth and claw' for the first time and also 'tis better to have loved and lost than never to have loved at all.'

For the afternoon play the sequence has been adapted and cut to half its length by Tim Dee.