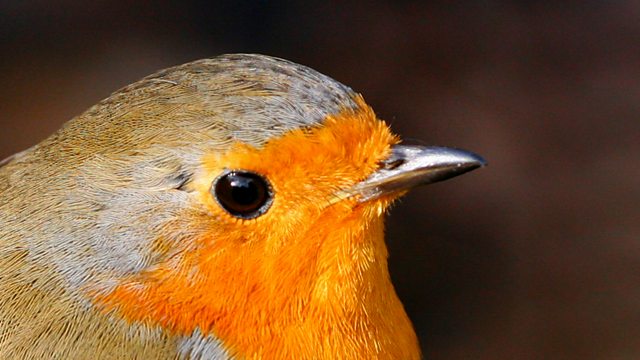 The Essay Wild Things
Episode 2 of 5

Poet and writer Ruth Padel explores how literature and history have shaped British attitudes to the robin and asks what the sight of the bird in the snow still means to us today.

In the second of her series of Essays considering our responses to the creatures which make up the British landscape, the writer and poet Ruth Padel turns her attention to the robin. She explores why our feelings on seeing their red breasts in winter have grown so strong and finds out that religious symbolism has played a large part. She charts the history of the bird in Britain and traces the ways it has been represented in literature from Shakespeare's "Twelfth Night" to Frances Hodgson Burnett's "The Secret Garden". How has this affected the way we perceive it?