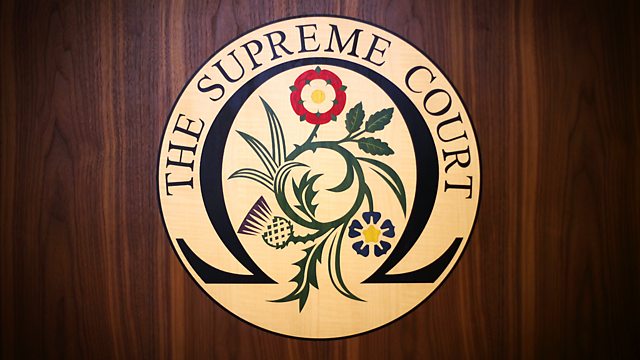 The Highest Court in the Land: Justice Makers

In a film offering a glimpse of the human characters behind the judgments, four Justices of the Supreme Court talk about the nature of justice and how they make their decisions.

They are the UK's most powerful arbiters of justice and now, for the first time, four of the Justices of the Supreme Court talk frankly and openly about the nature of justice and how they make their decisions. The film offers a revealing glimpse of the human characters behind the judgments and explores why the Supreme Court and its members are fundamental to our democracy.

The 11 men and one woman who make up the UK Supreme Court have the last say on the most controversial and difficult cases in the land. What they decide binds every citizen. But are their rulings always fair, do their feelings ever get in the way of their judgments and are they always right?

In the first 14 months of the court they have ruled on MPs' expenses, which led to David Chaytor's prosecution, changed the status of pre-nuptial agreements and battled with the government over control orders and the Human Rights Act.

They explain what happens when they cannot agree and there is a divided judgment, and how they avoid letting their personal feelings effect their interpretation of the law. And they face up to the difficult issue of diversity; there is only one woman on the court, and she is the only Justice who went to a non-fee-paying school.

See all clips from The Highest Court in the Land: Justice Makers (3)