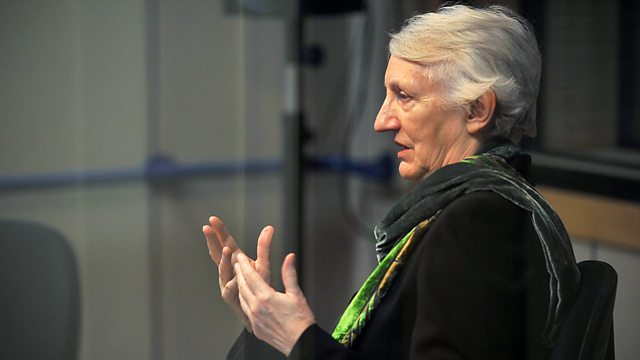 Trust was the subject of moral philosopher Professor Onora O'Neill's acclaimed Reith Lectures in 2002. Enron, political sleaze, the foot and mouth crisis, the Bristol heart babies scandal and the collapse of Equitable Life had contributed to a perception - challenged by Professor O'Neill - that we were living through a crisis of trust in our institutions.

Eight years on, the subject is no less topical and so Professor O'Neill returns to Radio 4 to be interviewed about her latest reflections on trust by Edward Stourton.

The intervening years have seen no let-up in the stream of highly publicised political scandals, financial crises and blunders by state officials. Yet levels of trust have remained remarkably consistent. Furthermore, argues Professor O'Neill, the public debate about building trust misses the point: we should be more concerned about levels of trustworthiness rather than levels of trust in society. Attempts to restore trust in certain professions or organisations do little to help individuals with the practical difficulty of placing and refusing trust wisely. In addition, she points to clumsy "accountability" schemes designed to raise levels of trust but which in fact encourage an increase in untrustworthy behaviour.

Edward Stourton discusses these notions with Onora O'Neill and explores their topicality. Her arguments are also commented on and challenged by John Haldane, Professor of Philosophy at St Andrews University and current chairman of the Royal Institute of Philosophy.

The Deserving and the Undeserving Poor