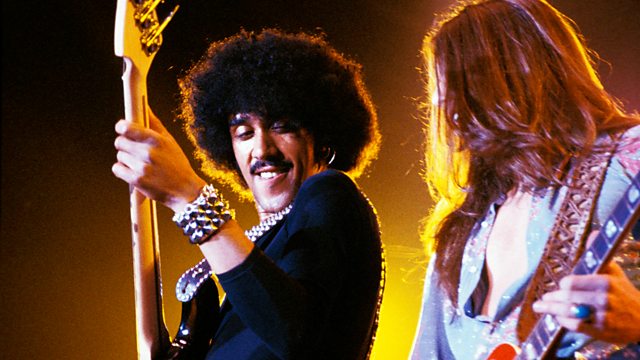 Portrait of Irish rockers Thin Lizzy, who had success in the 70s with albums like Jailbreak, but were hit by drug and alcohol problems that led to the death of founder Phil Lynott.

Affectionate but honest portrait of Thin Lizzy, arguably the best hard rock band to come out of Ireland.

Starting with the remix of the classic album Jailbreak by Scott Gorham and Brian Downey, the film takes us through the rollercoaster ride that is the story of Thin Lizzy. From early footage of singer Phil Lynott in Ireland in his pre-Lizzy bands the Black Eagles and Orphanage, it follows his progress as he, guitarist Eric Bell and drummer Brian Downey form the basic three-piece that was to become Thin Lizzy - a name taken from the Beano.

Using original interviews with Bell, Downey, the man who signed them and their first manager, it traces the early years leading to the recruitment of guitarists Brian 'Robbo' Robertson and Scott Gorham - the classic line-up. The film uses a number of stills, some seen on TV for the first time, archive from contemporary TV shows and a range of tracks both well known and not so famous.

There are hilarious self-deprecating anecdotes, from the stories behind the making of the Boys are Back in Town to the hiring of Midge Ure. We hear about the 'revolving door' as guitarist after guitarist was fired and hired, and the recording of Bad Reputation and Live and Dangerous - where producer Tony Visconti pulls no punches in talking about how he recorded the latter - putting the controversy to bed for the final time. Except that Downey and Robertson still disagree with him.

Finally, we hear how drugs and alcohol impacted on the band and how the music suffered, how one member later substituted golf for heroin and how addiction and the related lifestyle led to the death of Phil Lynott.

Iron Maiden: Behind the Beast