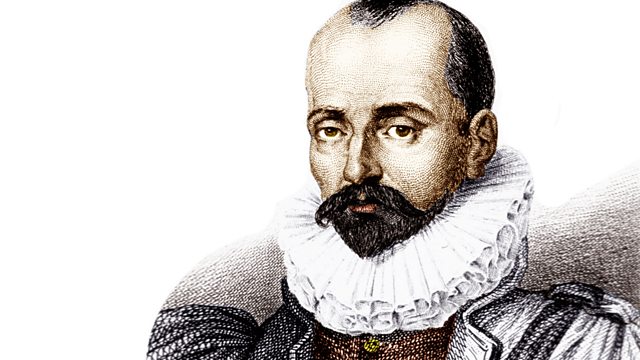 The Essay Montaigne
Episode 5 of 5

A series of five essays on Montaigne to accompany a major Radio 3 drama about the French essayist called 'Living with Princes', written by Stephen Wakelam with Roger Allam as Montaigne to be broadcast on Sunday January 23rd on Radio 3.

The essayists will be written and read by the writer and broadcaster Alain de Botton; the philosopher and historian Theodore Zeldin who will explore to what extent Montaigne's philosophy on life holds true today; writer and Shakespeare scholar, Jonathan Bate, who will be exploring the relationship between Montaigne and the Bard; the writer and biographer of Montaigne, Sarah Bakewell, on Montaigne's cat, scepticism and animal souls; and the philosopher A.C.Grayling.