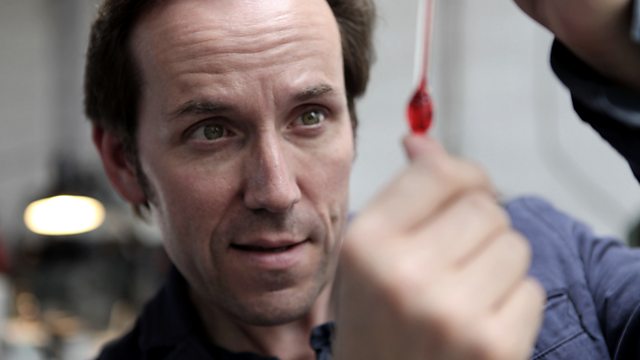 What is One Degree?

Ben Miller investigates scientific accuracy. He meets researchers working with extremes of temperature, and experiences some of the strangest effects of quantum physics.

Comedian Ben Miller returns to his roots as a physicist to try to answer a deceptively simple question: what is one degree of temperature?

His quest takes him to the frontiers of current science as he meets researchers working on the hottest and coldest temperatures in the universe, and to a lab where he experiences some of the strangest effects of quantum physics - a place where super-cooled liquids simply pass through solid glass. Plus, Ben installs his very own Met office weather station at home.

Ben's investigations in this personal and passionate film highlight the importance of measurement and accuracy in the 21st century.

See all clips from What is One Degree? (2)