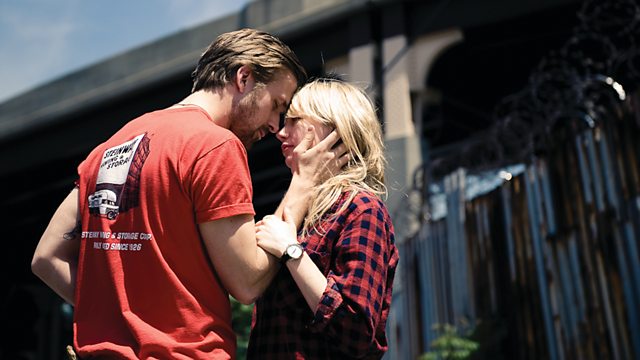 Derek Cianfrance's film Blue Valentine stars Ryan Gosling and Michelle Williams as Dean and Cindy. The narrative jumps between two points in the couple's relationship - the beginning and the apparent breakdown of their marriage several years later.

Linda Grant's novel We Had It So Good concerns another couple - Stephen and Andrea. They meet as students at Oxford in 1960s - he's a Rhodes scholar from California, while she's come up from Cornwall. The novel tracks their lives - and their fellow baby boomer friends - through the intervening years to the present.

JMW Turner is the subject of Rebecca Lenkiewicz's play The Painter at the Arcola Theatre in London. It explores the artist's relationship with the three key women in his life: his mother who ends up in Bedlam, the prostitute who models for him and the widow with whom he has a child.

Gilbert and George have been making work with postcards since the 1970s. They call their latest collection of 564 pieces - created from a combination of sex workers' advertising cards and London tourist postcards - The Urethra Postcard Pictures. 155 of them are on show at the White Cube gallery in London.

Laura Linney plays Cathy in the US comedy The Big C which is being broadcast on More 4. Cathy's behaviour towards her family and friends undergoes a radical change - she begins telling them exactly what she thinks and doing exactly what she wants to. What she doesn't tell them is that she has been diagnosed with terminal skin cancer and has refused treatment.