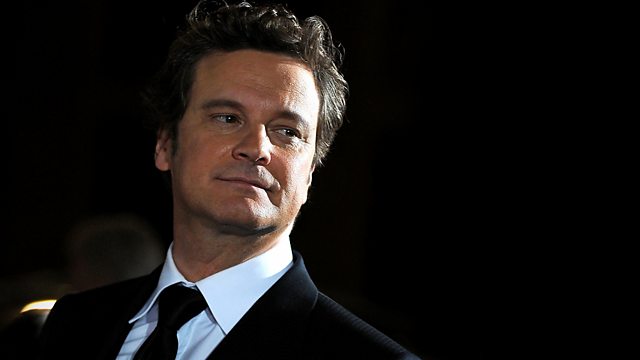 As Colin Firth is honoured with a star on Hollywood's Walk of Fame, Jonathan Maitland profiles the actor tipped to receive an Oscar for his performance in The King's Speech.

As Colin Firth is honoured with a star on Hollywood's Walk of Fame, Jonathan Maitland profiles the actor hotly tipped to receive an Oscar for his performance in The King's Speech.

Colin Firth is famous for his eclectic roles and campaigning zeal. He first came to prominence in the BBC adaption of Pride & Prejudice. He played Mr Darcy, a performance he claims never to have watched in full. But his break was as a public schoolboy in Another Country. His real life was very different, he went to a state school in Winchester. At home, books and theatre were highly valued. His grandparents were missionaries which might help to explain his involvement in a number of charitable and campaigning organisations. He is particularly interested in supporting indigenous people, fair trade and foreign development. In the past he has supported Labour and came out - briefly - last year for the Lib Dems.

His career has mixed serious roles in Tom Ford's A Single Man and Michael Winterbottom's Genoa with Phyllida Lloyd's Mamma Mia and the reprisal of Mr Darcy in the Bridget Jones films.