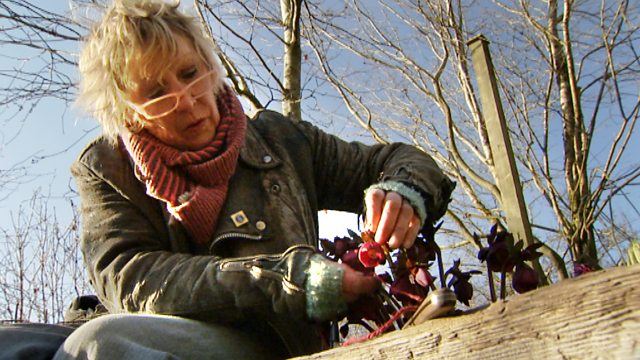 Series following a year in Carol Klein's garden at Glebe Cottage. March and April bring great change in the garden, as the remnants of winter make way for the hope of spring.

Plantswoman Carol Klein shares a year in her garden at Glebe Cottage in north Devon.

March and April is a time of huge change in the garden, as the remnants of winter make way for the hope of spring. Carol is busy clearing away the last of the winter detritus to make way for waves of planting. There's pruning to be done, and she sows the first seeds of the year. Snowdrops are replaced by celandines and violets, and along the lanes and hedgerows, primroses abound.

A local hedge pruner, who has come to cloud prune Carol's box hedge, finds his work interrupted as the lengthening days of April bring a nesting hedge sparrow to the garden.