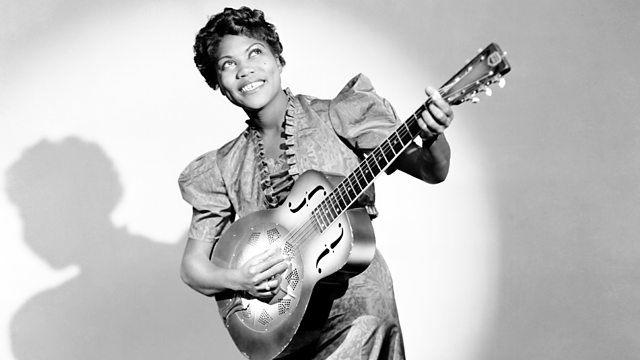 During the 1940s, 50s and 60s, Sister Rosetta Tharpe played a highly significant role in the creation of rock & roll, inspiring musicians like Elvis Presley, Jerry Lee Lewis, Johnny Cash, Little Richard and Chuck Berry. She may not be a household name, but this flamboyant African-American gospel singing superstar, with her spectacular virtuosity on the newly-electrified guitar, was one of the most influential popular musicians of the 20th century.

Tharpe was born in 1915, close to the Mississippi in Cotton Plant, Arkansas. At the age of six she was taken by her evangelist mother Katie Bell to Chicago to join Roberts Temple, Church of God in Christ, where she developed her distinctive style of singing and guitar playing. At the age of 23 she left the church and went to New York to join the world of show business, signing with Decca Records. For the following 30 years she performed extensively to packed houses in the USA and subsequently Europe, before her death in 1973.

In 2008 the state governor of Pennsylvania declared that henceforth January 11th will be Sister Rosetta Tharpe Day in recognition of her remarkable musical legacy.