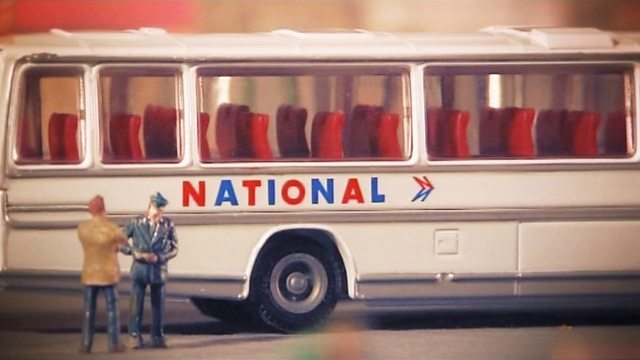 The Modern Age of the Coach

Documentary bringing the story of the coach up to date, exploring the most recent phase of Britain's love affair with four-wheeled group travel from school trips to Indian treks.

Documentary which brings the story of the coach up to date, as it explores the most recent phase of Britain's love affair with group travel on four wheels - from school trips and football away-days to touring with bands and 'magic bus' overland treks to India.

The establishment of the National Coach Company may have standardised the livery and the experience of mainstream coach travel in the 1970s, but a multitude of alternative offerings meant the coach retained its hold on the public imagination, with even striking miners and New Age travellers getting in on a very British act.

The Golden Age of Coach Travel—Series 10

Crime and Punishment - The Story of Corporal Punishment—Series 10