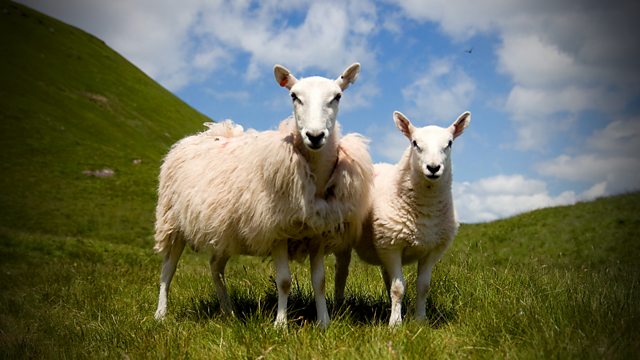 Poet James Crowden experiences the wide range of sheep communication at lambing time in the dead of night, as well as the talk between shepherds and their sheep.

Poet James Crowden experiences the wide range of sheep communication at lambing time in the dead of night, the interaction between ewe and lamb and birth itself, often in a sheep shed where up to 1,000 can be lambing at once. Also the talk between shepherds and their sheep and their interesting methods of counting sheep..

In the early 1980s James Crowden worked as shepherd. Some of his sheep kept escaping onto ground owned by the conductor and maestro John Eliot Gardiner. In the end John Eliot bought the sheep off James and at lambing time employed him to work as a night shepherd alongside his own shepherd Walt Pitman. It was whilst working here on the long dark nights in the lambing shed that James started to write his first book, Blood Earth and Medicine. To see a flock of 500 lambing is quite extraordinary and in the quiet of night the noises of sheep can be very illuminating - a strange language that works its way into the shed and us.

Interspersed with the sheep noises voices of shepherds talking to the sheep. Calling them, the wide variety of sheep counting systems up and down the country.

Sounds of the 70s

The Cost of Coal