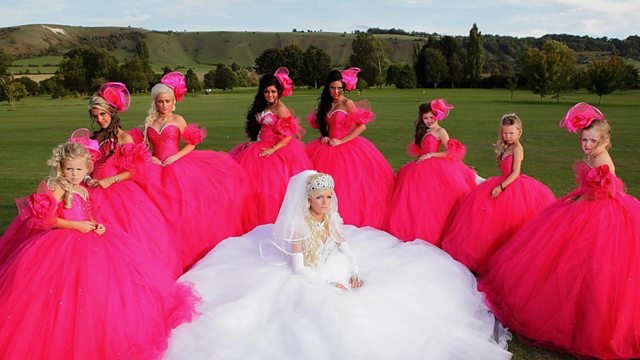 Big Fat Gypsy Weddings and news of the Fourth Plinth

Comedy performer and writer Richard Herring; Linda Grant discusses her new novel We Had It So Good; news of the Fourth Plinth; and a review of Big Fat Gypsy Weddings.

The TV documentary My Big Fat Gypsy Wedding took a detailed fly-on-the-wall look at the secretive and extravagant world of Gypsies and travellers in Britain today. The success of this film has spawned a new five-part series which explores new areas not covered in the original programme. Playwright Richard O'Neill and Rachel Cooke review.

Linda Grant, whose novel The Clothes on Their Backs was shortlisted for the 2008 Man Booker Prize, discusses her new novel We Had It So Good. The book charts the secrets, longings and regrets of three generations of one family, from Los Angeles, via Oxford, to present-day London.

Writer and comedian Richard Herring first came to prominence as part of a double act with Stewart Lee. Herring explains why he decided to reclaim the Hitler Moustache and have religion as the main focus of his current stand up show: Christ on a Bike: The Second Coming.

Boris Johnson, Mayor of London, today unveiled the next two sculptures that will mount the Fourth Plinth in Trafalgar Square in 2012 and 2013. Chosen from a shortlist of six, they are Katharina Fritsch's giant ultramarine blue cockerel, entitled Hahn/Cock, and Elmgreen and Dragset's bronze of a boy on a rocking horse, called Powerless Structures. Kirsty Lang talks to the artists.