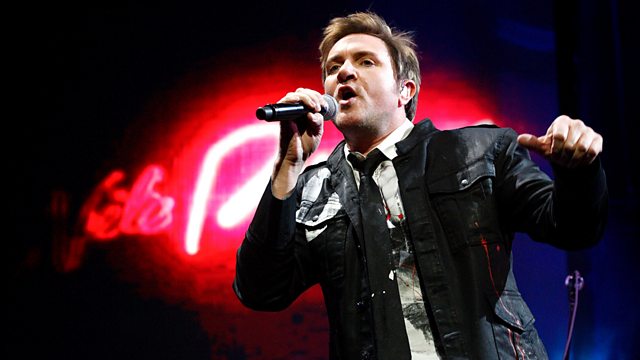 Simon le Bon has been the front man for Duran Duran for just over 30 years and with the release of their new album All You Need Is Now, he looks back over the three decades of ups and downs and the heady days of Girls on Film and Rio in the '80s.

Comedian and actor Hugh Dennis talks to John Wilson about hosting the new comedy improvisation series, Fast and Loose. In each programme, two teams compete against each other in a succession of games that spoof films, TV shows and music - using sketches or quick-fire questions, visual trickery and even interpretive-dance. Hugh considers improv in general and how his upbringing as the son of a vicar may have helped his performing style.

A new exhibition about the death of analogue technology features images of professional darkrooms taken by the photographer Richard Nicholson. When he shot the images in 2007 there were over 200 darkrooms in the London area alone, by 2010 only eight remained. Photographer Anna Fox, who has seen the exhibition, discusses the lore of the darkroom with John Wilson.

Big Fat Gypsy Weddings and news of the Fourth Plinth