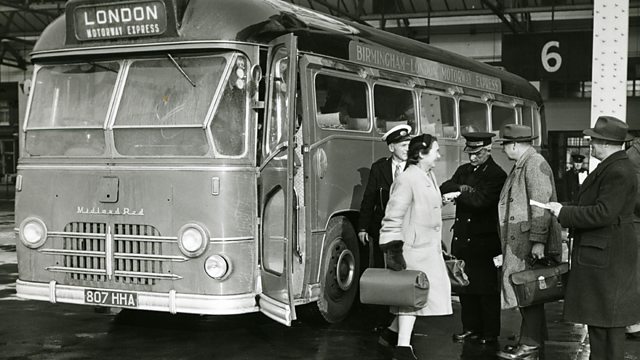 The Golden Age of Coach Travel

Documentary which journeys back to the 1950s when the coach was king. Those who had not travelled beyond their own villages and towns were given a taste of exploration and freedom.

Documentary which takes a glorious journey back to the 1950s, when the coach was king. From its early origins in the charabanc, the coach had always been the people's form of transport. Cheaper and more flexible than the train, it allowed those who had travelled little further than their own villages and towns a first heady taste of exploration and freedom. It was a safe capsule on wheels from which to venture out into a wider world.

The distinctive livery of the different coach companies was part of a now-lost world, when whole communities crammed into coach after coach en route to pleasure spots like Blackpool, Margate and Torquay. With singsongs, toilet stops and the obligatory pub halt, it didn't matter how long it took to get there because the journey was all part of the adventure.

The Modern Age of the Coach—Series 10

See all clips from The Golden Age of Coach Travel (2)