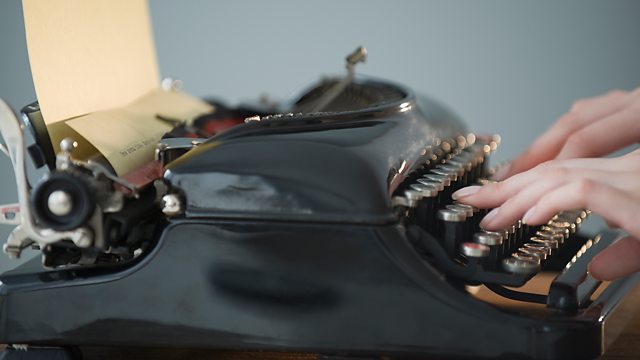 With Sheila McClennon.Typing versus handwriting, how to keep up a new year's resolution to get fit, swine flu in children and moves to remember a forgotten war heroine.

Typing vs Handwriting: The number of people employed as typists fell by 59% between 2001 and 2009, the typing pool is almost a thing of the past and nowadays most of us do our own typing on the computer. We'll hear from Nadine Loxham who runs a secretarial services business but started out earning her living as a typist. Sheila also talks to the novelist Marina Lewycka who always writes on a computer, and to the children's author Jean Ure, who always writes a first draft by hand. Each of them explains how their method impacts on the creative process.

Getting fit - Whether it's the result of an extended period of overindulgence, or the promise of a brand new year, January is a time which sees gyms, parks and streets overflowing with those who've made getting fit their new year's resolution. To discuss how to stick by your guns and not give up before February, Sheila is joined by fitness trainer Sarah Hudson Jones and by fitness recidivist, the journalist Alison Craig

Noor Inayat Khan - A fundraising campaign has been launched to erect a sculpture in memory of Noor Inayat Khan, a secret agent for Britain during the Second World War. Sheila talks to her biographer, Shrabani Dasu, about why Noor Inayat Khan should become the first Muslim, and also first Indian, woman to have her own monument in this country.

And swine flu in children. This year the Department of Health did not include children under 5 in its flu vaccination programme. Meanwhile high street pharmacies which can offer the vaccine privately for those not eligible on the NHS, say they are unable to vaccinate children. This comes amid reports that flu levels in young children are on the increase. So which children should be eligible for the vaccine, and which ones actually are? And should it in future be an NHS priority to vaccinate children under 5?