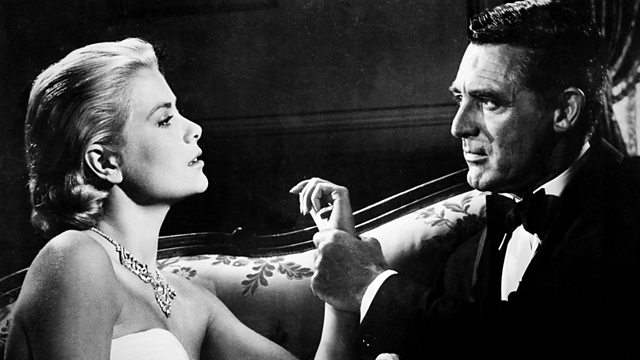 In Search of the Villa Noel Fleuri

4 Extra Debut. Jean Buchanan explores why American writer David Dodge was inspired to write To Catch a Thief, which was filmed by Hitchcock. From January 2011.

The American thriller and travel-writer, David Dodge (1910-1974), is best known for his 1952 novel To Catch A Thief, which Hitchcock turned into an iconic film three years later. Unusually for Hitchcock, half the film was shot on location, and the Riviera is as much a star as Grace Kelly (in her final film - she met Prince Rainier during a publicity shoot and became Princess of Monaco) and Cary Grant (whom Hitchcock tempted out of retirement with this script).

Dodge's book was inspired by a real incident when he briefly became the number 1 suspect for a daring cat-burglary at his rich neighbour's villa. It is the story of John Robie, a reformed cat-burglar who must prove his innocence by catching the thief who is duplicating his methods. His pursuit leads him into the arms of beautiful American heiress Francie Stevens.

Jean Buchanan tells the story and attempts to locate the Villa Noel Fleuri, where these dramatic events ultimately resulted in one of Hollywood's best-loved films. In the course of her quest Jean visits Golfe Juan, the fishing port between Canne and Nice where the Dodges arrived in France; she's given a tour of the Carlton hotel in Cannes by the Chef-Concierge, Stephane Fanciulli, who shows her the very room where Grant and Kelly watched - and made - fireworks; she makes a notable discovery in the Nice-Matin newspaper archives and attempts to consolidate her finds on maps held in Vallauris.

She is assisted by Randal Brandt of the Bancroft Library at the University of California Berkeley and by Dirk Dominic, an expert in To Catch A Thief locations. While Paul Gambaccini lends his expertise in film.