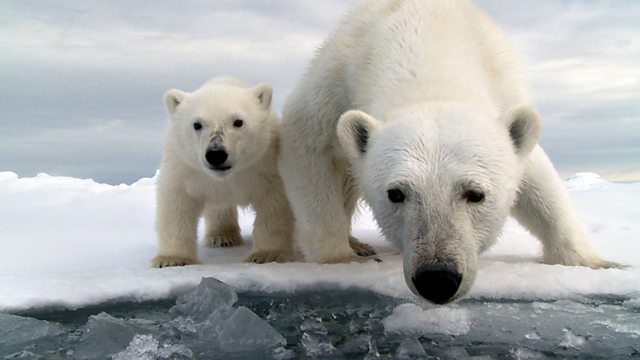 Polar Bear: Spy on the Ice

Documentary which uses spy cameras to get closer than ever before to the world's greatest land predator, the polar bear, revealing their intelligence and curiosity.

Shot mainly using spy cameras, this film gets closer than ever before to the world's greatest land predator.

Icebergcam, Blizzardcam and Snowballcam are a new generation of covert devices on a mission to explore the Arctic islands of Svalbard in Norway. Backed up by Snowcam and Driftcam, these state-of-the-art camouflaged cameras reveal the extraordinary curiosity and intelligence of the polar bear.

The cameras are just a breath away when two sets of cubs emerge from winter maternity dens. They also capture the moment when the sea ice breaks away from the island in the spring. As one set of mother and cubs journey across the drifting ice in search of seals, the other is marooned on the island with very little food. How they cope with their different fates is captured in revelatory close-up detail.

Often just a paw's swipe from the play-fighting and squabbling bears, the spy cameras face their most challenging subject yet. When their curious subjects discover the cameras, they are subjected to some comical-but-destructive encounters.

As the film captures its intimate portrait of polar bears' lives, it reveals how their intelligence and curiosity help them cope in a world of shrinking ice.

See all clips from Polar Bear: Spy on the Ice (3)