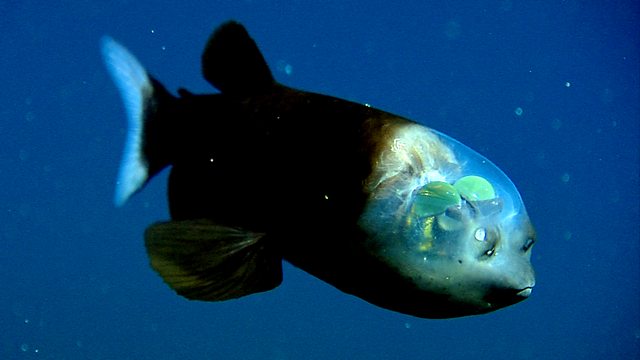 Chris Packham chooses his top ten discoveries of extraordinary and weird new species from the last decade. Includes a rare pygmy sloth and a giant orchid.

A rare pygmy sloth that looks like a teddy bear and can swim, an insect as long as your arm and a fish from the deep with a face like a headlight. Just some of the extraordinary and weird new species chosen by presenter Chris Packham as his top ten discoveries of the last decade from around the world.

Also chosen are a giant orchid worth thousands, a walking shark and a small mammal related to an elephant with a nose to match, and two geckos which are evolving before our eyes. Equally extraordinary are the personal stories of how the new species were found, as told by the 21st century scientists and explorers who discovered them - the Indiana Joneses of the natural world. All these species are new to us and new to science, and proof that the Earth can still surprise us.

See all clips from Decade of Discovery (9)