BBC Three
Jeff Brazier: Me and My Brother
Main content 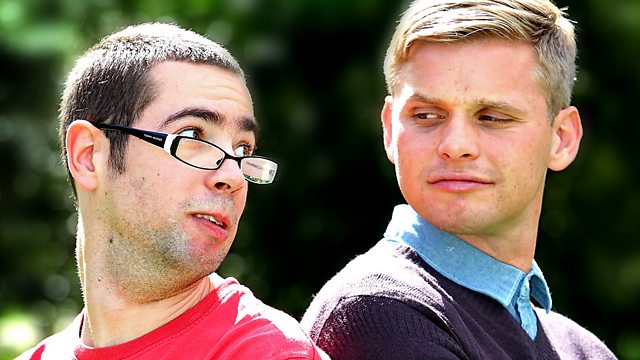 Jeff Brazier: Me and My Brother

Powerful documentary in which TV presenter Jeff Brazier tries to push his brother Spencer, who suffers from cerebral palsy, into living a much more active and fulfilling life.

Powerful and inspiring documentary in which TV presenter Jeff Brazier is on a mission to improve his brother's life. Spencer Brazier is 24 and has cerebral palsy. He has very limited use of his hands and cannot speak. Spencer has no job, few friends and spends most of his time at home where he is completely reliant on his mum for support. Jeff believes that, despite his disability, Spencer is capable of living a much more active and fulfilling life.

Jeff wants to put his theories to the test. Over an intense three-week period he plans to push his brother to make some real changes in his life, but will Jeff's tough love prove too much for their already fragile relationship?

With much conflict and heartache along the way, the film shows the surprising and uplifting journey of two siblings trying to understand and accept each other for who they are.

Part of the Born Survivors Season on BBC Three.