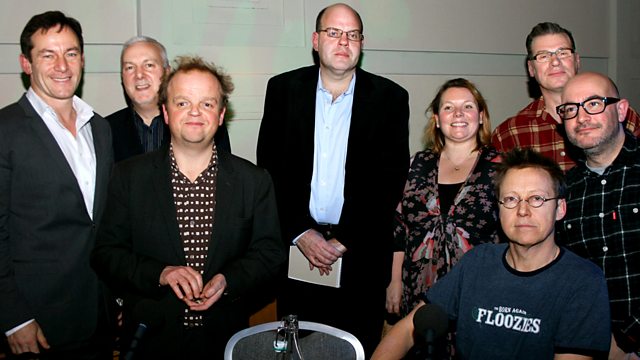 Mark Kermode and Simon Mayo present a Wittertainment Christmas Special, recorded in front of an audience of 5 live listeners at the BBC Radio Theatre in Broadcasting House, London.

Our team captains Jason Isaacs from the Harry Potter films and Toby Jones from Frost/Nixon and the voice of Dobby in Harry Potter.

Also joining us, panellists Joanna Scanlan (from In The Loop and Girl With a Pearl Earring), Mark Lawson, presenter of Front Row on BBC Radio 4, and Dr Kermode's skiffle band The Dodge Brothers, who play live.

There's also the UK box office Top Ten and films of the year reviewed by Mark, Simon and the audience, plus reviews of the week's new releases including The Way Back, Chat Room, Love and Other Drugs, and Little Fockers.

Movies of the Year

See all episodes from Kermode and Mayo's Film Review

See all clips from Christmas Special (3)

The Wittertainment Code of Conduct 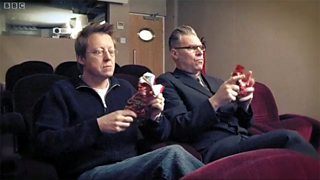 Mark and Simon present the Wittertainment Code of Conduct. In 2D.