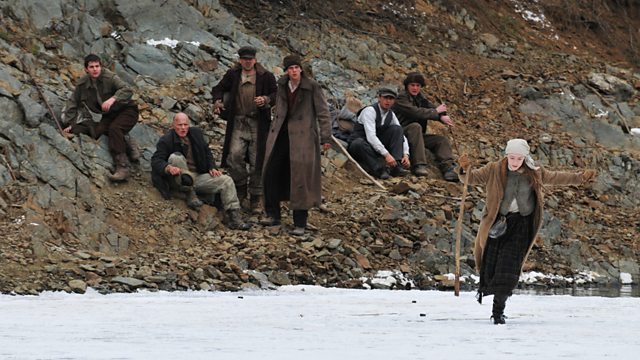 Ed Harris and Colin Farell in The Way Back

With Kirsty Lang. Colin Farrell and Ed Harris star in Peter Weir's film The Way Back, based on a story of prisoners who escaped from a Siberian Gulag in World War Two.

Six-time Oscar nominee Peter Weir directs The Way Back, starring Colin Farrell, Ed Harris and Saoirse Ronan as prisoners who escape from a Siberian gulag during the second world war, and trek thousands of miles to freedom. Based on a memoir by Slawomir Rawicz, the film is reviewed by Kate Muir.

The author and journalist A.D. Miller discusses his debut novel Snowdrops, set in a Moscow winter and charting the gradual corruption of a young British man against a background of endemic crime and debauchery.