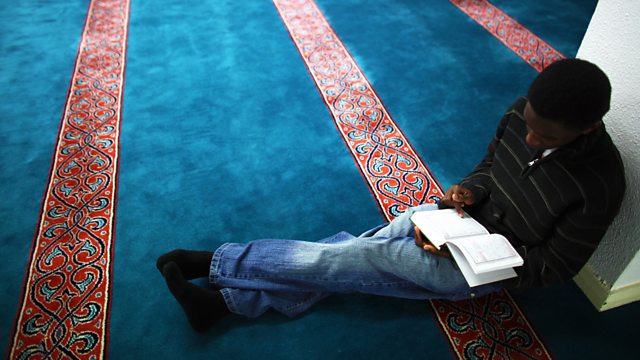 Dotun Adebayo looks at why Islam is providing an attractive religious alternative to Christianity for Black Britons seeking spiritual answers.

More than two thirds of Muslims in Britain are of South Asian ancestry, leading many to believe that Islam is the preserve of these communities. Yet in the last 2 decades, Islam has arguably become the fastest growing religion among Black people in Britain and at a time when the UK appears more disunited over faith, ethnicity and identity than ever before.

In this programme the writer and presenter, Dotun Adebayo, explores this phenomenon and asks why is Islam providing such an attractive religious alternative to Christianity for Black Britons seeking spiritual answers? What do they get from Islam that they can't get from their original faith? Is this just a rebellion against the family and society?

He will talk to young black people about the reasons for their conversion and to Bishop Joe Aldred from the Black Churches who explains where he thinks the Black Majority Churches are going wrong and why he thinks they need to smarten up and get their message across to young people so they are comfortable with church.

Conversion to Islam also has a darker side in the shape of terrorism. As Dotun Adebayo says "Ever since the penny dropped that the Richard Reid, the shoebomber was The Richard Reid I had lived with when he was a teenager in south London, I have been haunted with the question of whether I could have done anything to dissuade my petty thieving 'good lad at heart' flatmate from going down the route of militant Islam. Twenty years later I have to ask is being "young muslim and black" still a "lovely, precious dream".