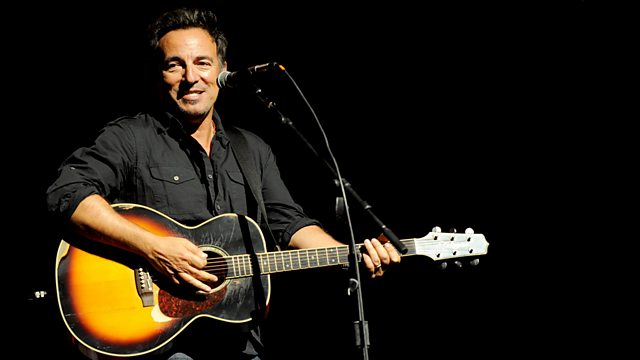 Arts documentary. Bruce Springsteen describes his attempts to create a sequel to one of the most popular albums of all time.

Alan Yentob presents this special edition of Thom Zimny's documentary in which Bruce Springsteen describes his attempts to create a sequel to one of the most popular albums of all time, sealing his legendary status in the tortured, but ultimately triumphant, process.

Darkness on the Edge of Town was Springsteen's make-or-break follow-up to the classic 1975 album Born To Run - the recording that made him a superstar. In the period before the album was made, Springsteen was mired in a protracted legal battle that thwarted his desire to produce an album that would surpass his previous achievements. Zimny's film shows the young Springsteen driving himself, his band and his manager almost to distraction in his search for perfection, as he writes and records new compositions and produces ground-breaking work in song after song.

Zimny's film features reflections from Springsteen, manager Jon Landau and members of the all-important E-Street Band on the extraordinary process of making this crucial rock 'n' roll album. It includes visceral, previously-unseen black-and-white footage shot between 1976 and 1978 from the rehearsals that took place both at Springsteen's home and at the Record Plant recording studio in New York.

The Weird Adventures of Eadweard Muybridge—Autumn 2010