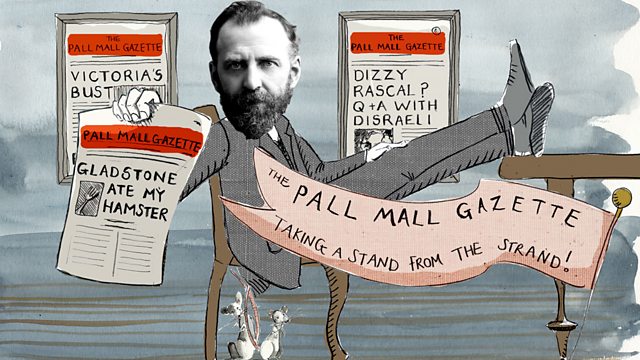 Ian Hislop's Age of the Do-Gooders
Episode 2 of 3

Ian Hislop celebrates the dynamic and eccentric Victorian reformers who brought about the most remarkable period of social change in British history.

Ian Hislop continues his celebration of the dynamic and eccentric Victorian reformers who brought about the most remarkable period of social change in British history. Here Ian looks at the do-gooders' dramatic struggle to give youngsters a proper childhood, sending them to school instead of up chimneys, helping rather than hanging juvenile delinquents and raising the age of consent.

Dr Barnardo founded one of the most famous charities of his era. But his methods were decidedly dodgy: he was guilty of misleading advertising, photo-fakery and even child abduction. Yet, we owe our own concept of child protection - that children have rights independently from their parents - to Thomas Barnardo.

Indefatigable Bristol spinster Mary Carpenter's radical approach to helping young offenders was years ahead of its time. But even her patience ran out with some of the errant teenage girls at her pioneering reformatory school. Maverick newspaper editor WT Stead shocked the nation with his lurid expose of child prostitution - an exclusive which involved him buying a 13-year-old virgin for five pounds. His style and methods make today's tabloid newspapers seem tame. Stead managed to get the age of consent raised to 16, where it remains to this day.

Thanks to the Earl of Shaftesbury, children as young as five stopped being sent down mines. His lifetime's work for children is celebrated in the famous monument at Piccadilly Circus - not actually Eros (sexual love) but Anteros (selfless love).Charles Kingsley's best-selling The Water Babies was crucial in banning the practice of sending small boys up chimneys. To him children were innocent, not tainted with original sin. Yet after him, Victorians sentimentalized children to a degree which we today find hard to stomach.

Ian discovers how these Victorian do-gooders' ideas might have something to offer us today, with the help of Kids' Company founder Camila Batmanghelidjh, Barnardo's boss Martin Narey and the current Lord Shaftesbury, 30-year-old former DJ Nicholas Ashley Cooper.

See all episodes from Ian Hislop's Age of the Do-Gooders