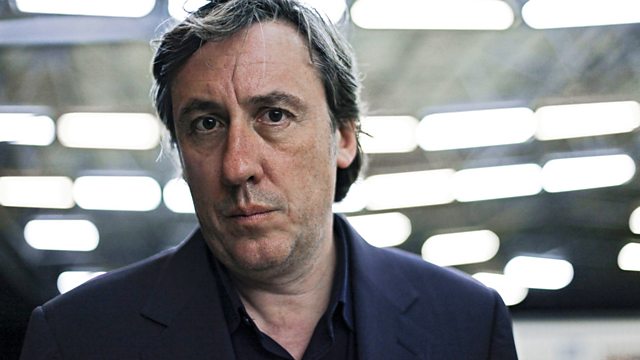 In the Shadow of Hitler

Art of Germany
Episode 3 of 3

Andrew Graham-Dixon concludes his exploration of German art by investigating the dark times of the 20th century, dominated by failed artist Adolf Hitler.

Andrew Graham-Dixon concludes his exploration of German art by investigating the dark and difficult times of the 20th century.

Dominating the landscape is the figure of Adolf Hitler - failed artist, would-be architect and obsessed with the aesthetics of his 1,000-year Reich. In a series of extraordinary building projects and exhibitions, Hitler waged a propaganda war against every kind of modern art as a prelude to unleashing total war on the whole of Europe.

After the war the shadow of the Third Reich persisted, Germany remained divided and traumatised. How would artists deal with a past that everybody wanted to forget? From the work of Otto Dix and George Grosz and the age of the Bauhaus to the post-war painters Georg Baselitz, Hilla Becher and the conceptual artist Joseph Beuys is a long strange journey, but the signs are there that art has a place at the heart of the new reunited Germany.

See all episodes from Art of Germany