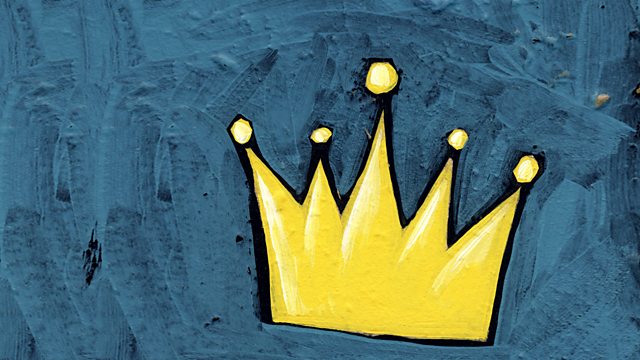 Texts and music on the theme of monarchs, with readings by Samantha Bond and Simon Chandler. Includes Shakespeare, Schiller and Carroll, plus Handel, Walton, Donizetti, Schumann.

Kings and Queens have long possessed the imaginations and financed the careers of poets, playwrights and composers. Readers Samantha Bond and Simon Chandler play a host of historical kings and queens, from Shakespeare's Henry V and IV to Schiller's Queen Elizabeth I and Lewis Carroll's Queen of Hearts.

Royal coronations with their pomp and visual grandeur have inspired some of the greatest music ever written. Handel's Zadok the Priest and Walton's Crown Imperial provided the soundtracks to the coronations of George II and VI respectively; and we hear Samuel Pepys relate the incredible sight of '24 violins' at the coronation of Charles II in 1661.

The predicament of kingship was one of Shakespeare's most enduring fascinations, his Henry IV and V soliloquize in some of his greatest verse on the isolation of the ruler's plight, an isolation that may have been understood only too well by Shakespeare's great patron: Elizabeth I. Music by Donizetti and Schumann, and drama by Schiller capture the tragedy of Elizabeth's relationship with her passionate cousin Mary, Queen of Scots; whose last letter we hear, written on the eve of her execution.