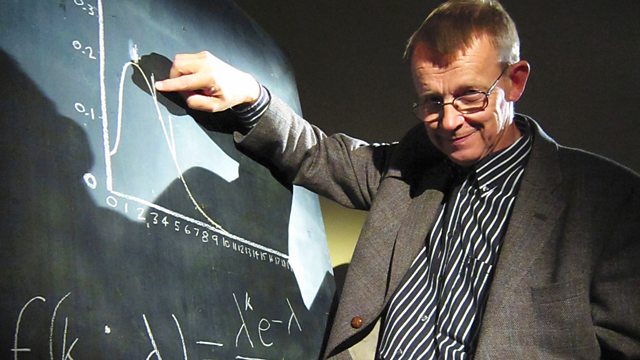 The Joy of Stats

Professor Hans Rosling presents a documentary about statistics, exploring their history, how they work mathematically and how they can be used to see the world as it really is.

Documentary which takes viewers on a rollercoaster ride through the wonderful world of statistics to explore the remarkable power they have to change our understanding of the world, presented by superstar boffin Professor Hans Rosling, whose eye-opening, mind-expanding and funny online lectures have made him an international internet legend.

Rosling is a man who revels in the glorious nerdiness of statistics, and here he entertainingly explores their history, how they work mathematically and how they can be used in today's computer age to see the world as it really is, not just as we imagine it to be.

The film also explores cutting-edge examples of statistics in action today. In San Francisco, a new app mashes up police department data with the city's street map to show what crime is being reported street by street, house by house, in near real-time. Every citizen can use it and the hidden patterns of their city are starkly revealed. Meanwhile, at Google HQ the machine translation project tries to translate between 57 languages, using lots of statistics and no linguists.

Despite its light and witty touch, the film nonetheless has a serious message - without statistics we are cast adrift on an ocean of confusion, but armed with stats we can take control of our lives, hold our rulers to account and see the world as it really is. What's more, Hans concludes, we can now collect and analyse such huge quantities of data and at such speeds that scientific method itself seems to be changing.

See all clips from The Joy of Stats (2)