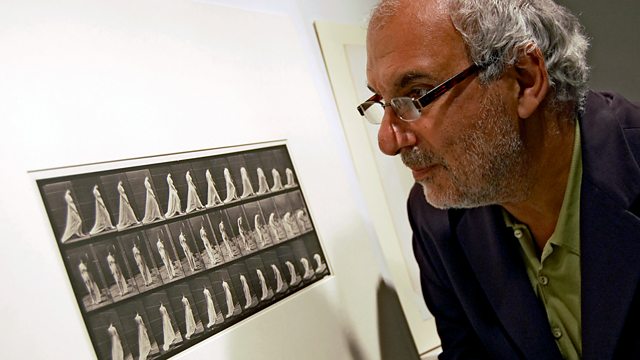 The Weird Adventures of Eadweard Muybridge

Pioneer photographer, forefather of cinema, showman, murderer - Eadweard Muybridge was a Victorian enigma. He was born and died in Kingston upon Thames, but did his most famous work in California - freezing time and starting it up again, so that for the first time people could see how a racing horse's legs moved. He went on to animate the movements of naked ladies, wrestlers, athletes, elephants, cockatoos and his own naked body, projecting his images publicly with a machine he invented and astounding audiences worldwide with the first flickerings of cinema. Alan Yentob follows in Muybridge's footsteps as he makes - and often changes - his name, and sets off to kill his young wife's lover. With Andy Serkis as Muybridge.