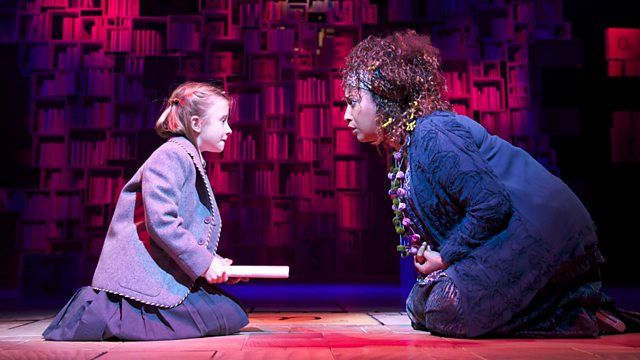 Matilda - the musical; Phil Oakey of the Human League

With Kirsty Lang, including the verdict on Matilda, a new Royal Shakespeare Company musical, based on the book by Roald Dahl.

The RSC has adapted Roald Dahl's Matilda as a musical, directed by Matthew Warchus, with songs by Tim Minchin and choreography by Peter Darling (Billy Elliot). Will Dahl's classic children's book be enhanced or drowned by the musical treatment? Sarah Crompton reviews.

Enemies of the People, a documentary already nominated for an Oscar next year, talks to the perpetrators of the genocide carried out in Cambodia in the 1970s by the Khmer Rouge. The film's director Rob Lemkin describes the journey he took with his fellow director, a Cambodian journalist whose father and siblings were killed by Pol Pot's regime, to understand what lay behind the mass killings.

The synth dance pop group The Human League have just recorded their first new album in almost a decade, to be released next year. Their lead singer Phil Oakey looks back at the early 1980s and their album Dare - with its international hit Don't You Want Me, which he is reported not to have wanted to release as a single, feeling it was a filler and the weakest track on the album.