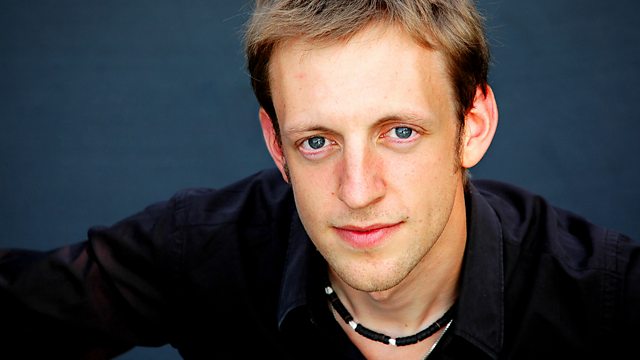 Musician Tim van Eyken tells the story of the banjo that went with explorer Ernest Shackleton to Antarctica. From December 2010.

As his ship was sinking through the Antarctic pack-ice, Ernest Shackleton allowed each member of his expedition to take 2lbs of possessions with them as they abandoned ship. One exception was made; Shackleton saved Leonard Hussey's banjo saying, "We must have that banjo. It's vital mental medicine."

So it proved; when Shackleton set off in a small boat to sail to South Georgia to get help, he left behind on Elephant Island twenty-two men. They lived for months under an upturned boat and some old sails. Every Saturday the banjo-playing meteorologist mounted a concert. He composed songs and whenever they caught a seal to eat brought out his banjo. He played, the men sang - and anger and depression were kept at bay.

Leonard Hussey survived, as did his banjo, now in the National Maritime Museum, its skin marked with a dozen signatures of members of the failed expedition to the South Pole.

Tim van Eyken is best known as a squeeze-box player and singer - he was the Song Man in 'War Horse' at the National Theatre. But he also plays the banjo. Tim explores the character of Hussey and the role he and his banjo played in saving the sanity of the explorers. He plays some of his songs - sadly not on Hussey's banjo, which is too fragile, but on his own, made by Pete Stanley, who sheds some light on the original instrument.

Tim also hears from Pieter van der Merwe of the National Maritime Museum about the importance of music in expeditions and, thanks to some remarkable archive recordings, Hussey himself. He plays the tune Shackleton asked for the night he died. Hussey reveals, too, that his banjo had seen action in warmer climes, "having among other things been played to an audience of cannibals in Africa."