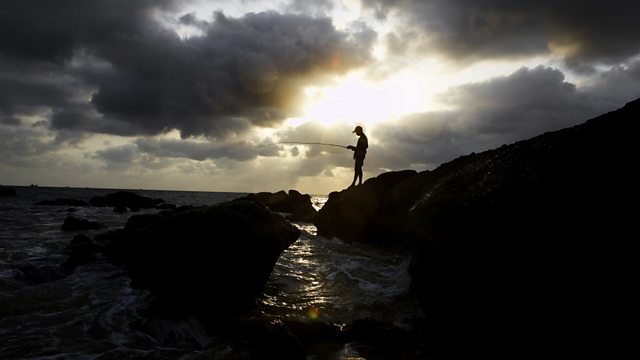 The Nightfishing: Jonathan Davidson's adaptation of WS Graham's poem about a fishing trip, which touches on the difficulties of writing and of turning experience into words.

An attempt to make some sense of a difficult and elusive modern masterpiece. The poem was published in 1955. It tells of a fishing trip after herring but much else including the difficulties of writing and of turning experience into words. Its fresh-made language has found it many admirers but it also kept it from many other readers. Perhaps a radio adapatation can unlock it.

A Moment of Mishearing

On the Trail of the Snail