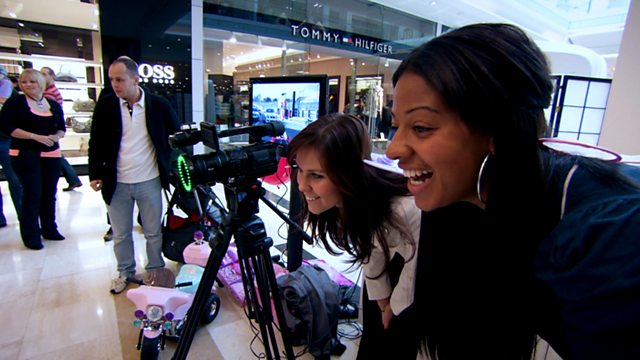 The Apprentice Series 6
Episode 7 of 14

Business-based reality show. After a meeting at Pinewood Studios, the candidates must create personal movie experiences and sell them at a large London shopping centre.

It is week seven, and the candidates head to the legendary Pinewood Film Studios, where Lord Sugar calls on the only two yet to lead a team to assume the role of project managers.

This week's task is to create personal movie experiences and sell them on to customers at London's Westfield shopping centre. The experiences include adrenaline-fuelled car races, thrill-seeking rollercoaster rides and swimming with sharks, and both teams stretch their creative muscles in an attempt to turn shoppers into stars of their own movies.

With only nine candidates remaining in the battle to become the Apprentice, the boardroom is a tense place for all involved as Lord Sugar cross examines both teams, before deciding who gets fired.