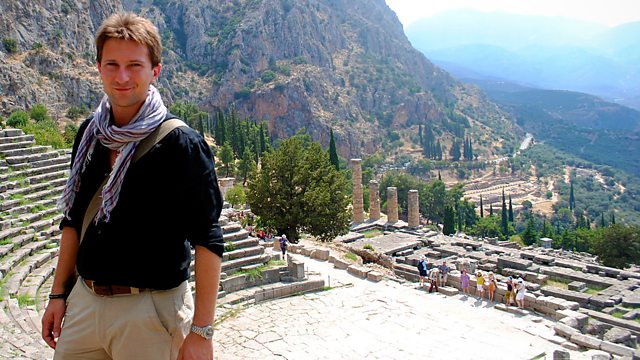 Delphi: The Bellybutton of the Ancient World

Michael Scott uncovers the secrets of the Greek oracle at Delphi, now a beautiful tourist site but in its time a gateway into the supernatural and a cockpit of political conflict.

What really went on at the ancient Greek oracle at Delphi, how did it get its awesome reputation and why is it still influential today?

Michael Scott of Cambridge University uncovers the secrets of the most famous oracle in the ancient world. A vital force in ancient history for a thousand years, it is now one of Greece's most beautiful tourist sites, but in its time it has been a gateway into the supernatural, a cockpit of political conflict, and a beacon for internationalism. And at its heart was the famous inscription which still inspires visitors today - 'Know Thyself'.