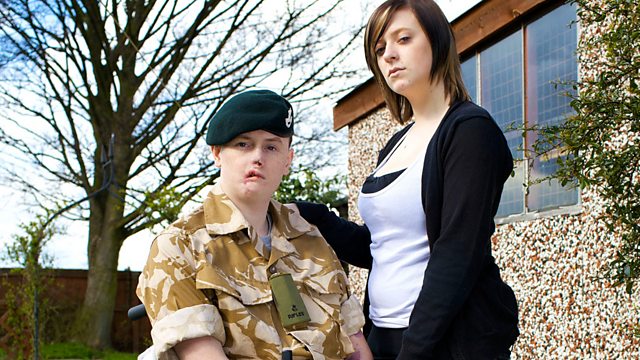 My Boyfriend the War Hero

Documentary following a year in the lives of 16-year-old Vicky Swales and her soldier boyfriend Craig Wood, who lost two legs and an arm to a bomb in Afghanistan.

In July 2009, 16-year-old Vicky Swales got engaged to her soldier boyfriend Craig Wood during his two-week rest and recuperation break from his first tour of Afghanistan.

Less than three weeks later, 18-year-old Craig was hit by a wire-detonated bomb. He lost two legs and an arm but lived, one of only four British soldiers with a triple amputation to have survived his injuries.

But Vicky, still only 16 and a Girl Guide, is faced with an incredibly difficult decision - to stay or go? This documentary tells the tale of what Vicky does in the year that follows and of the immense stress that this young couple endure as Craig's life is once again put in the balance.

Part of the Born Survivors Season on BBC Three.