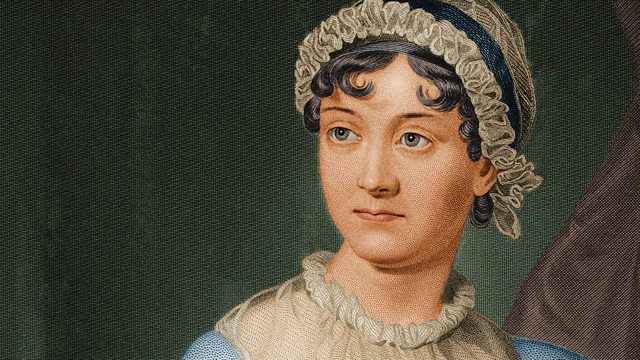 4 Extra Debut. A celebration of Jane Austen's neglected but delightful and revealing early works. With Janet Todd and Posy Simmonds. From November 2010.

Jane Austen's surprisingly neglected but delightfully precocious and revealing early works celebrated by Austen expert Janet Todd with the help of the writer and illustrator Posy Simmonds and the actor Anna Maxwell Martin.

Considering how frequently Jane Austen's six great novels are adapted for film, radio and television, it is perhaps surprising that the three small exercise books containing twenty two little stories and plays written during her teen years have not received more notice. Some of these stories - with titles such as "The Adventures of Mr Harley", "The Generous Curate" and "The Beautiful Cassandra" - are only a few lines long but others run to many pages and provide both entertainment and surprising insights into the development of the mature writer.

Austen expert Janet Todd leafs through two of the precious volumes which are held at the British Library in London and discusses their wonderfully uninhibited style and content with the writer and illustrator Posy Simmonds who has long been a fan of Austen and fascinated by juvenilia in general. It is well documented that, during her lifetime, the adult Jane Austen used to read from these books to her close family. For this programme, the actor Anna Maxwell Martin reads extensive extracts from three stories - "Frederick and Elfrida", "Henry and Eliza" and "love and Freindship" (sic) to reanimate them for a contemporary radio audience.