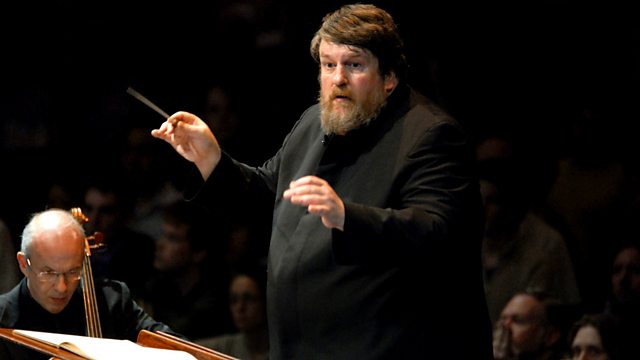 Performance on 3 Live from the Barbican
Episode 2 of 2

Presented by Catherine Bott. Oliver Knussen conducts the BBC SO, soprano Claire Booth and mezzo Susan Bickley in the revised version of Julian Anderson's Heaven Is Shy of Earth.

LIVE - from The Barbican Hall in London. Presented by Catherine Bott.

The BBC Symphony Orchestra, under conductor Oliver Knussen, with a programme very much inspired by Emily Dickinson's poetry, rendered by soprano Claire Booth and mezzo-soprano Susan Bickley: Copland's setting of her verses in Eight Poems, and Julian Anderson's Heaven is Shy of Earth, a world premiere of the revised work, critically acclaimed when it was premiered in 2006. Opening the concert though is Sean Shepherd's Wanderlust, an exhuberant tour de force for orchestra.

Shepherd, Copland—Live from the Barbican