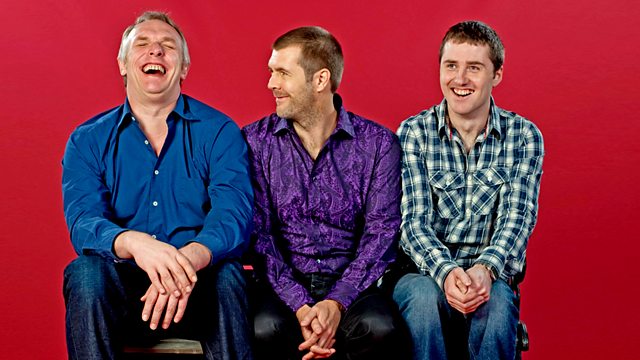 Comedy entertainment panel show that sees Rhod Gilbert getting to grips with a series of burning questions posed by well-known personalities and members of the public. Each episode sees Rhod and his guests tackle questions ranging from the sublime - "Who would win in a race, Usain Bolt or a grizzly bear?" - to the ridiculous: "Is it true that dogs cannot blow?". They attempt to find the answers through studio demonstrations, experiments, archive clips, internet distractions, live phone calls and visual link-ups from home and around the world.

Rhod, along with panel regulars Greg Davies and Rhod's flatmate Lloyd Langford are joined in their quest by guest comic Andi Osho and guest Authenticator Susanna Reid, whose job is to grease the wheels en route to enlightenment.