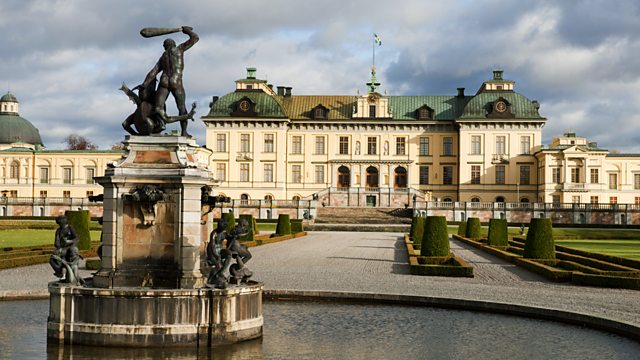 Composer of the Week Drottningholm
Episode 1 of 5

Donald Macleod leaves Stockholm by steam-boat to fulfil a long-held dream to visit Drottningholm, a treasure of an opera house suspended in time.

i) Pilgrimage to Drottningholm

King Gustavus III of Sweden, 'The Theatre King' (1746-1792) was a sort of Louis XIV of his country, an actor manqué and opera buff. Such was his thespian passion that his advisers had on occasions to shepherd him away from the grease paint back to running the country! Over Gustavus's turbulent reign, which was supported by France, he oversaw a flowering of music bringing into Sweden first-rate German composers. Joseph Martin Kraus, for both Joseph Haydn and Gluck 'a genius', was recruited along with Johann Gottlieb Naumann. They joined a host of other composers, librettists, dancers and linguists to harvest a crop of the first Swedish language operas, many of which were first performed at the Drottningholm Opera House. Today Donald Macleod leaves Stockholm by steam-boat to fulfill a long-held dream to visit this treasure of an opera house suspended in time and, bar the odd stage rope or two, exactly as it was more than 200 years ago. The theatre, part of the Swedish Royal Court, is still used and in today's episode Donald's shown around by the General Manager Per Forsström and Artistic Director Mark Tatlow.

Soprano Elisabeth Söderström described it as the 'inside of a Stradivarius'. For many singers, performing classical opera at the Drottningholm Opera House is a Eureka moment where the logic behind every scene- change, every pairing of instruments, every reckless ride in a cloud-machine becomes wonderfully clear. A breathtaking working museum of the Gustavian era, the theatre exactly replicates the candle light of the period and still uses all the orginal auditorium seats and stage machinery.

This week Donald Macleod is joined in Drottningholm, West of Stockholm, by mezzo Anne Sophie von Otter, soprano Susanne Rydén, former director of the Drottningholm Theatre Museum, Inga Lewenhaupt, Per Forsström, General Manager, and Artistic Director Mark Tatlow. Together they explore the fairy tale of the rediscovery of the Opera House in the early 20th century. They discuss the great influence Gluck had on the gathering of composers King Gustavus III signed up including the remarkable Joseph Martin Kraus. How, at a time when Sweden's old foe Denmark was still at large, Gustavus III commissioned Johann Gottlieb Naumann to write 'Gustaf Wasa' - a tub-thumping nationalistic opera.

The arcane world of on-stage gesture promoted by Gustavus III is also revealed along with a detailed look at the glorious assembly of stage-machines and trap doors at the Theatre.

In the final programme Donald plays an excerpt from this summer's production at Drottningholm of Mozart's Don Giovanni. He's then joined at the Riddarholmskyrkan church in Stockholm by Christian Buchberger of the Swedish Royal Courts to discuss the grisly end of King Gustavus III a theatrical man in life as well as death.