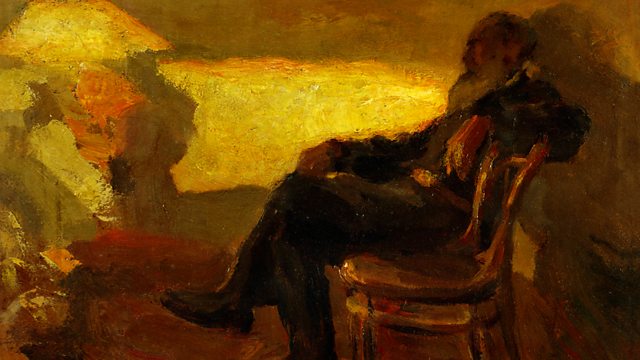 Historian Mike Berlin visits the Gloucestershire village of Whiteway, which was founded on the principles of the great Russian writer Leo Tolstoy.

Tolstoy is best known as the writer of two of the greatest novels of world literature - War and Peace and Anna Karenina - and it is easy to forget the immense impact of his Christian-Anarchist philosophy both in Russia and in the West during the first two decades of the twentieth century. To mark the hundredth annivesary of the writer's death, Mike Berlin visits the only remaining British community founded on Tolstoyan principles. He is shown round the village of Whiteway by local people including one 86 year old resident whose memories stretch back to a time when the village provided a haven for anarchists, refugees from the Spanish Civil War and conscientious objectors from the Second World War. He hears how utopian communities generally collapse because of disagreements over three key issues - sex, money and who does (or does not do) the washing up, and he explores how Whiteway has managed to survive. Beyond the Cotswolds, he talks with scholars about the reasons why, far more than Russia, Britain offered fertile soil for the planting of Tolstoyan ideas and how these ideas continue to flourish in unexpected ways today.