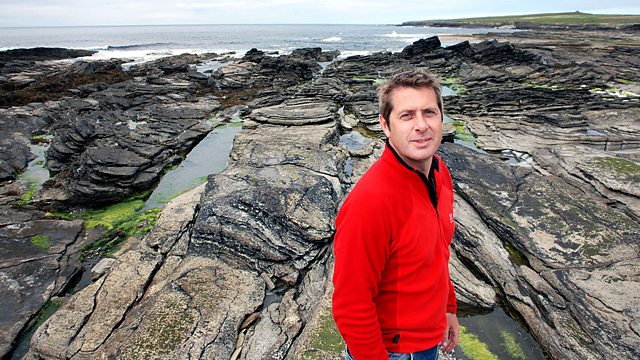 Professor Iain Stewart reveals how Scotland's unique landscape was shaped, and how public emotion has led to inconsistent preservation in Scotland's seas.

Professor Iain Stewart presents a landmark five-part series in which he reveals how Scotland's unique and beautiful landscape has been shaped.

Professor Stewart reveals how hearts and not heads have ruled the least understood landscape of them all - the sea. The public's emotions have played a key role in the fate of Scotland's maritime creatures and the upshot has been a form of lottery. While some species like seals and sea birds have been protected, others - like cod - have been fished nearly out of existence.

See all clips from The Sea (5)