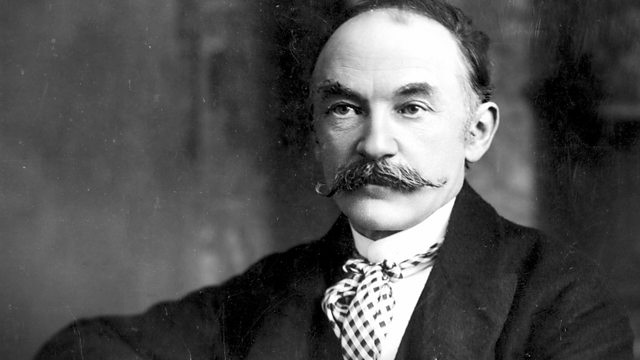 The Last Of The Hardy Players

Julian Fellowes tells the story of an amateur theatre group inspired and supported by writer Thomas Hardy. From 2010.

President of the Hardy Society Julian Fellowes tells the extraordinary story of The Hardy Players, an amateur theatre group inspired and supported by Thomas Hardy. He meets original cast member Norrie Woodhall, who recalls rehearsals at Hardy's home at Max Gate, near Dorchester.

Hardy's celebrity status drew the attention of London critics, who thronged to Dorchester to see and review the Players' performances for the national newspapers. Hardy invited the drama critic of The Times, Harold Child, to stay with him and was rewarded by a whole column for the review and a leading article on the players. Hardy later wrote to Child suggesting that "the special attributes of the production were that the great grandparents of the actors were the real actors in the scenes depicted... they all know the events traditionally and of course are themselves continuators of the dialect, humours etc of the personages.."

There are many comical anecdotes about the members of the group and their performances which could come directly off the pages of 'Under the Greenwood Tree' or 'The Trumpet Major'. In 1909, the Hardy Players staged 'Far From the Madding Crowd'. Hardy insisted the sheep shearing scene was done properly so the director employed a professional sheep shearer to do the job on stage. The man was offered beer as payment - as he clipped the sheep he kissed and sang to them, drowning out the words of the actors, much to the amusement of the audience. For 'The Three Fiddlers' a local fiddle player was engaged to play for a scene. Harry Bailey (the fiddler) got so carried away it proved difficult to get him off stage when the scene ended.

The programme also reveals telling biographical detail about Hardy himself. First readings would often take place at Max Gate, in the presence of Hardy's guests - James Barrie, Sir Henry Newbolt and TE Lawrence among them. In 1910 Hardy supplied music for 'The Mellstock Choir' and at one rehearsal seized Mrs Emma Tilley as his partner to demonstrate a country dance he remembered from his youth. In 1913 Gertrude Bugler (sister of Norrie Woodhall) made her first appearance - an exceptional talent whom The Daily Mirror compared to Ellen Terry and Sarah Bernhardt. Hardy was said to be infatuated with the beautiful Gertrude - an assertion Norrie denies, although she recalls the 'insane jealousy' of Hardy's wife, Florence. When Gertrude married a cousin in 1921, her acting career was interrupted by inconvenient (from the Players' point of view) pregnancies, but she was later able to play Tess (a pre-condition of Hardy allowing permission) and went on to a season on the London stage.

Hardy presented the Players with an original verse play called 'The Famous Tragedy of the Queen of Cornwall' in 1923. Such was the national interest in this play that the BBC (only a year old) broadcast it 'radiated from the Bournemouth station only.' But Hardy refused permission for London productions of his plays, perhaps protective of the special local qualities of the Hardy Players.

The New Hardy Players were formed in 2005, with original Player Norrie Woodhall as President. Norrie was cast by Hardy himself as Tess' sister, Liza Lu, in the stage version of his novel, Tess of the D'Urbervilles. She recalls how Hardy added some lines to her role at the read-through. Norrie still performs occasionally with the Players, at the age of 104.