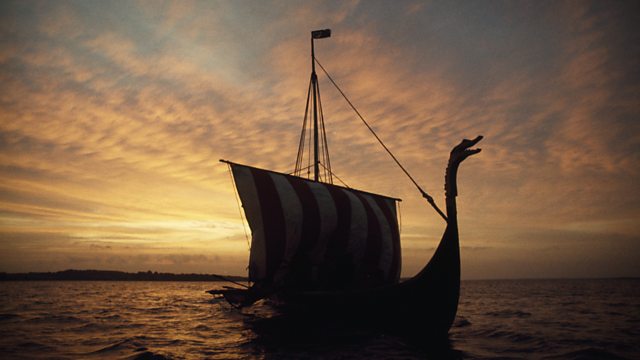 Melvyn Bragg and his guests discuss the Volga Vikings, a group of Norsemen who travelled to Russia and set up settlements there during the 8th and 9th centuries AD.

Melvyn Bragg and his guests discuss the Volga Vikings. Between the 8th and the 10th centuries AD, fierce Scandinavian warriors raided and then settled large swathes of Europe, particularly Britain, Ireland and parts of northern France. These were the Vikings, and their story is well known today. Far fewer people realise that groups of Norsemen also travelled east.These Volga Vikings, also known as the Rus, crossed the Baltic into present-day Russia and the Ukraine and founded settlements there. They traded commodities including furs and slaves for Islamic silver, and penetrated so far east as to reach Baghdad. Their activities were documented by Arab scholars: one, Ahmad ibn Fadlan, recorded that the Volga Vikings he met were perfect physical specimens but also "the filthiest of God's creatures". Through trade and culture they brought West and East into regular contact; their story sheds light on both Scandinavian and early Islamic history.With:James MontgomeryProfessor of Classical Arabic at the University of CambridgeNeil PriceProfessor of Archaeology at the University of AberdeenElizabeth RoweLecturer in Scandinavian History of the Viking Age at Clare Hall, University of CambridgeProducer: Thomas Morris.