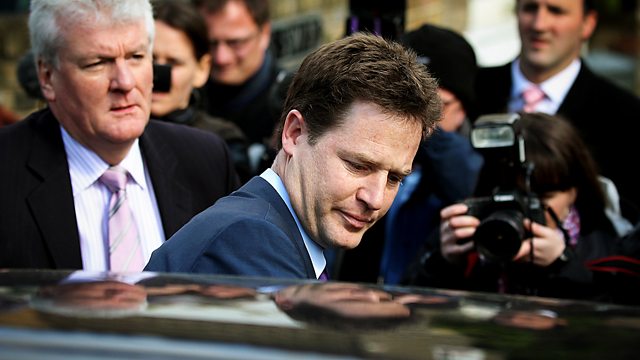 Five Days in May

Play telling the story of the tense negotiation following the 2010 General Election, based on interviews with those at the meetings and political journalists.

Written by Matthew Solon. Under extreme pressure and suffering from lack of sleep, the politicians argued and negotiated. There was nothing inevitable about a Conservative Liberal Democrat coalition. Revealing key moments of the negotiations, the drama unpicks what went on behind closed doors and shows how an allegiance between the Conservative and Liberal Democrat gradually formed, and how it withstood the resignation of Gordon Brown.

Based on pain-staking research, this is a must-listen 60-minutes - a compelling and entertaining dramatic retelling of the most extraordinary British election outcome in 70 years.

Other parts are played by Charlotte Longfield, Wilf Gilmour and members of the cast.

Agatha Christie - And Then There Were None