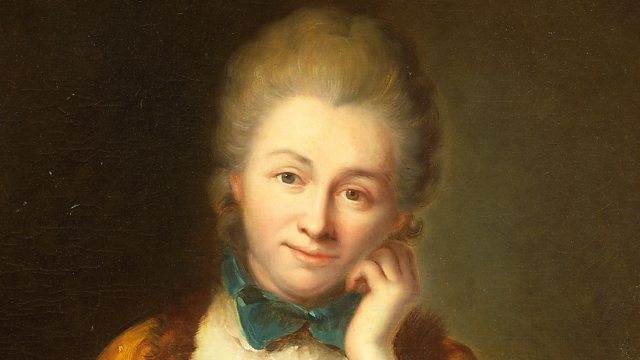 Melvyn Bragg and his guests discuss the role played by women in Enlightenment science.

Melvyn Bragg and his guests discuss the role played by women in Enlightenment science. During the eighteenth century the opportunities for women to gain a knowledge of science were minimal. Universities and other institutions devoted to research were the preserve of men. Yet many important contributions to the science of the Enlightenment were made by women. These ranged from major breakthroughs like those of the British astronomer Caroline Herschel, the first woman to discover a comet, to important translations of scientific literature such as Emilie du Chatelet's French version of Newton's Principia - and all social classes were involved, from the aristocratic amateur botanists to the women artisans who worked in London's workshops manufacturing scientific instruments.
The image above, of Emilie du Chatelet, is attributed to Maurice Quentin de La Tour.

Karen O'Brien
Professor of English at the University of Warwick